Home About us The Family

History of the Family

William Cecil built Burghley House between 1555 and 1587, Burghley has remained a family home to his descendants ever since. 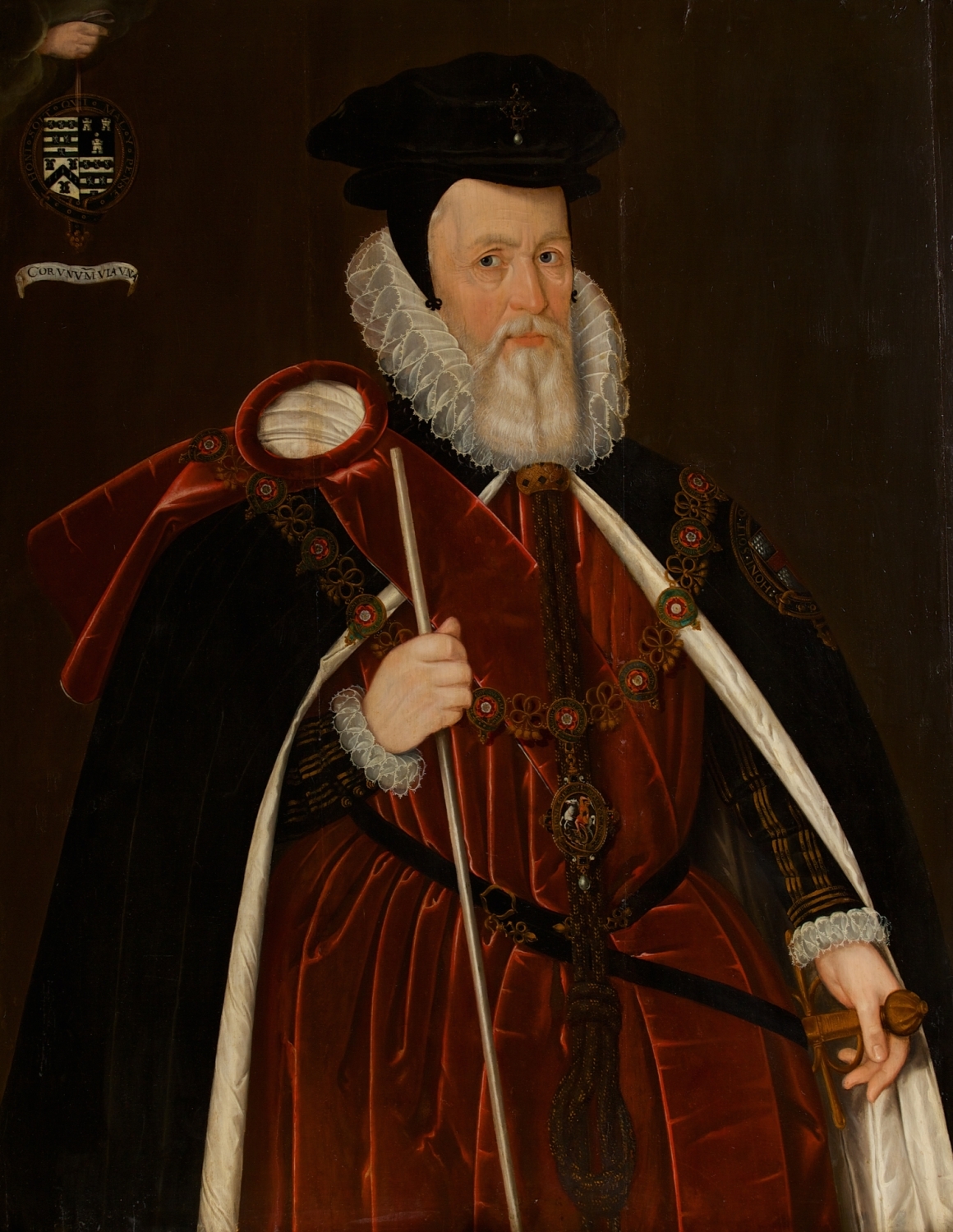 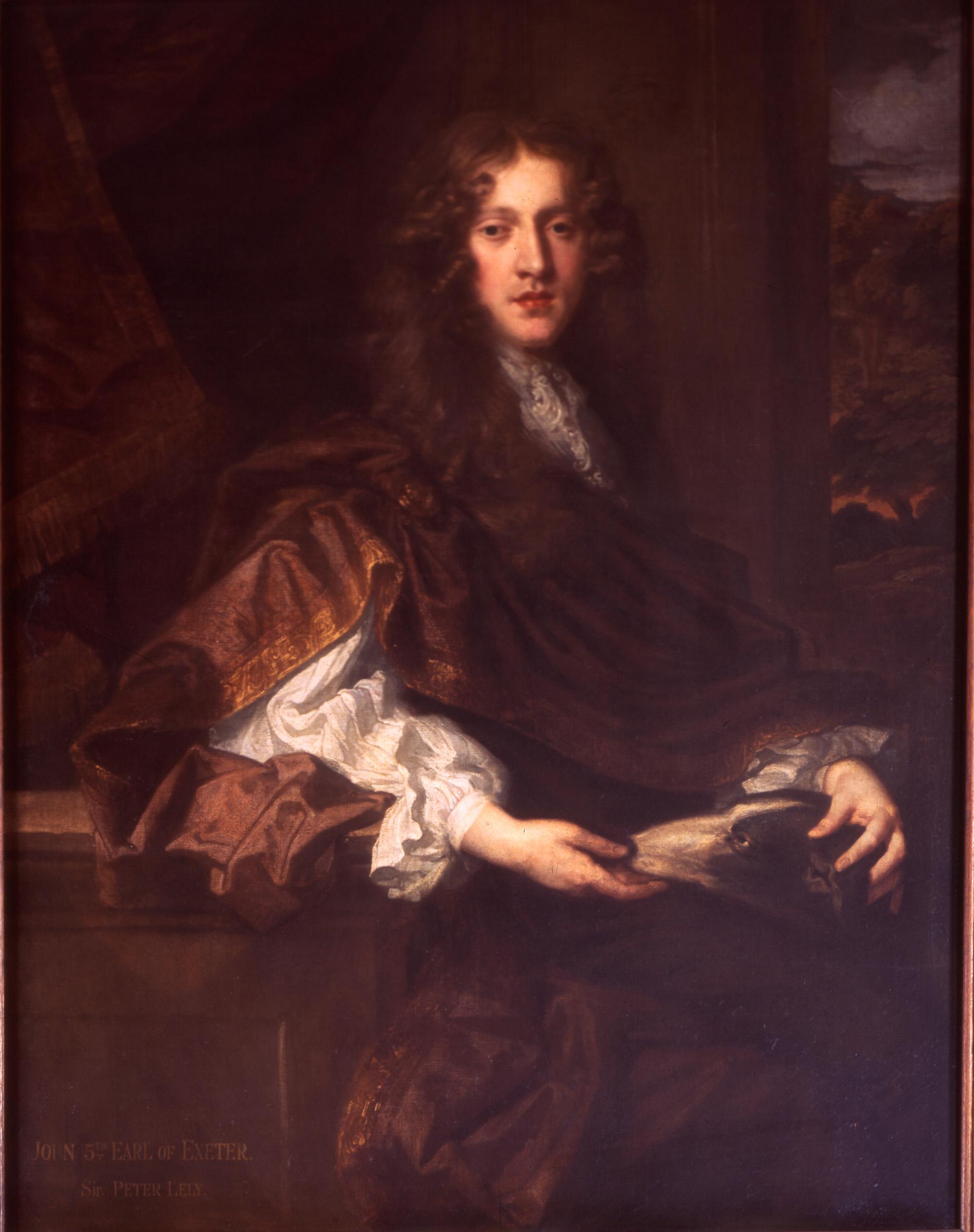 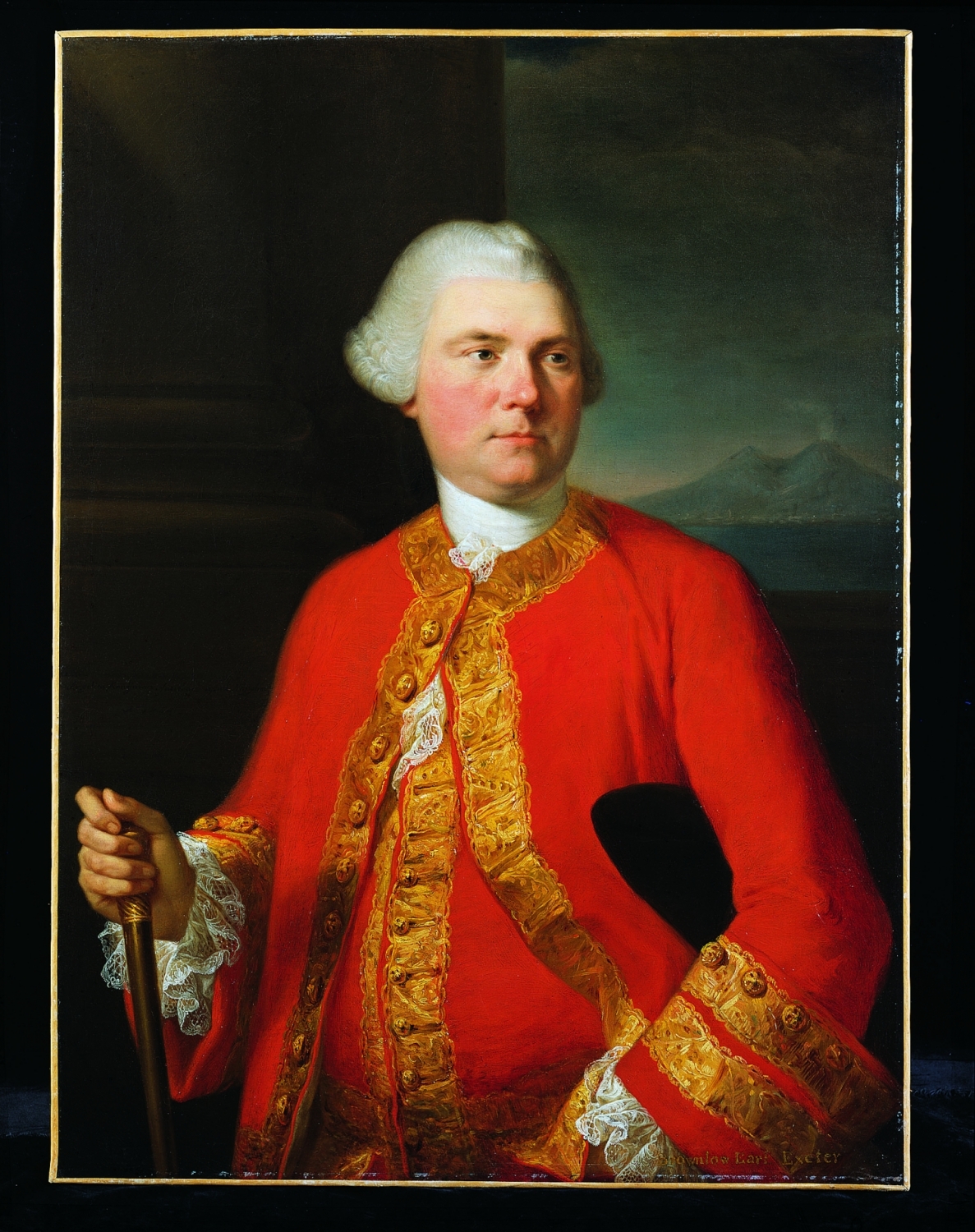 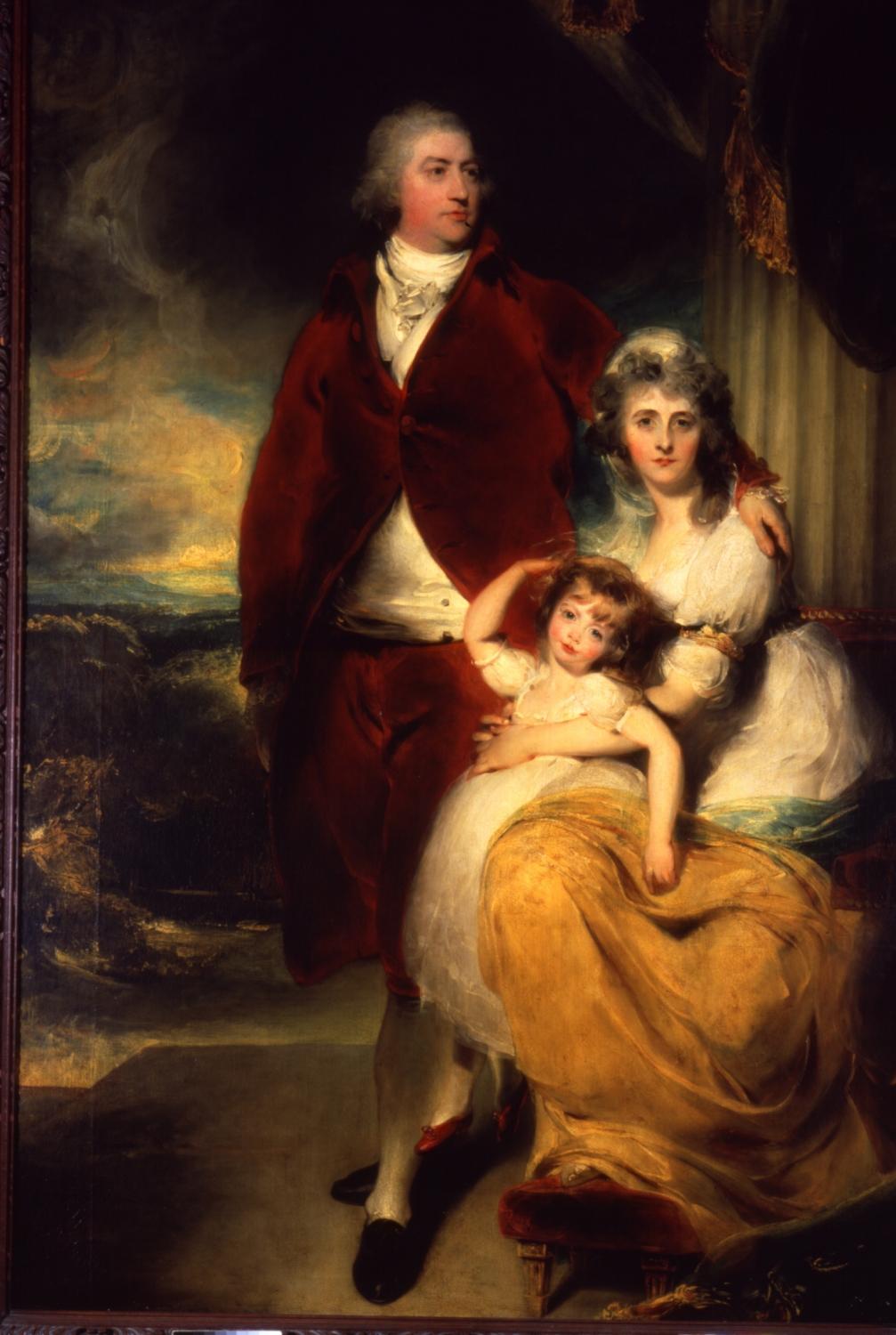 Lord Burghley was undoubtedly the greatest and most powerful councillor of the first Elizabethan era. Born in the parish of Bourne, the son of a minor courtier for Henry VIII, William Cecil had an astonishingly successful career. After showing prodigious talent at his school in Stamford, at the age of 15 he was entered at St John’s College, Cambridge. By 1541 William had enrolled at Gray’s Inn to study law and in the same year married Mary, the daughter of his tutor John Cheke. They had a son, Thomas, in the following year, but by 1543 William was widowed. His second marriage was to Mildred Cooke, intelligent and formidably learned, she bore him five children, and they enjoyed a long and happy partnership. William’s service at court began under the Duke of Somerset and he remained a public figure until the succession of Elizabeth when his loyalty to her was rewarded by becoming a member of her Privy Council in 1558. Created Baron Burghley, Knight of the Garter in 1572, Sir William Cecil was secretary, Lord Treasurer and Chief Minister to Elizabeth whom he served for over 40 years. His relationship with Elizabeth was unequalled by any other courtier and she rewarded him with grants of land and Crown offices continued throughout his long career. Cecil had inherited the manor of Little Burghley from his father and although his principle residence was the vast palace of Theobalds, he spent over 30 years creating his second great ‘prodigy’ house at Burghley to establish a dynastic family seat for his descendants. Both of William’s surviving sons were to follow in their father’s footsteps at Court and were enobled in 1605 under James I; Thomas created 1st Earl of Exeter and Robert, 1st Earl of Salisbury. Burghley became the principal residence of the Exeter Cecils and still is today. 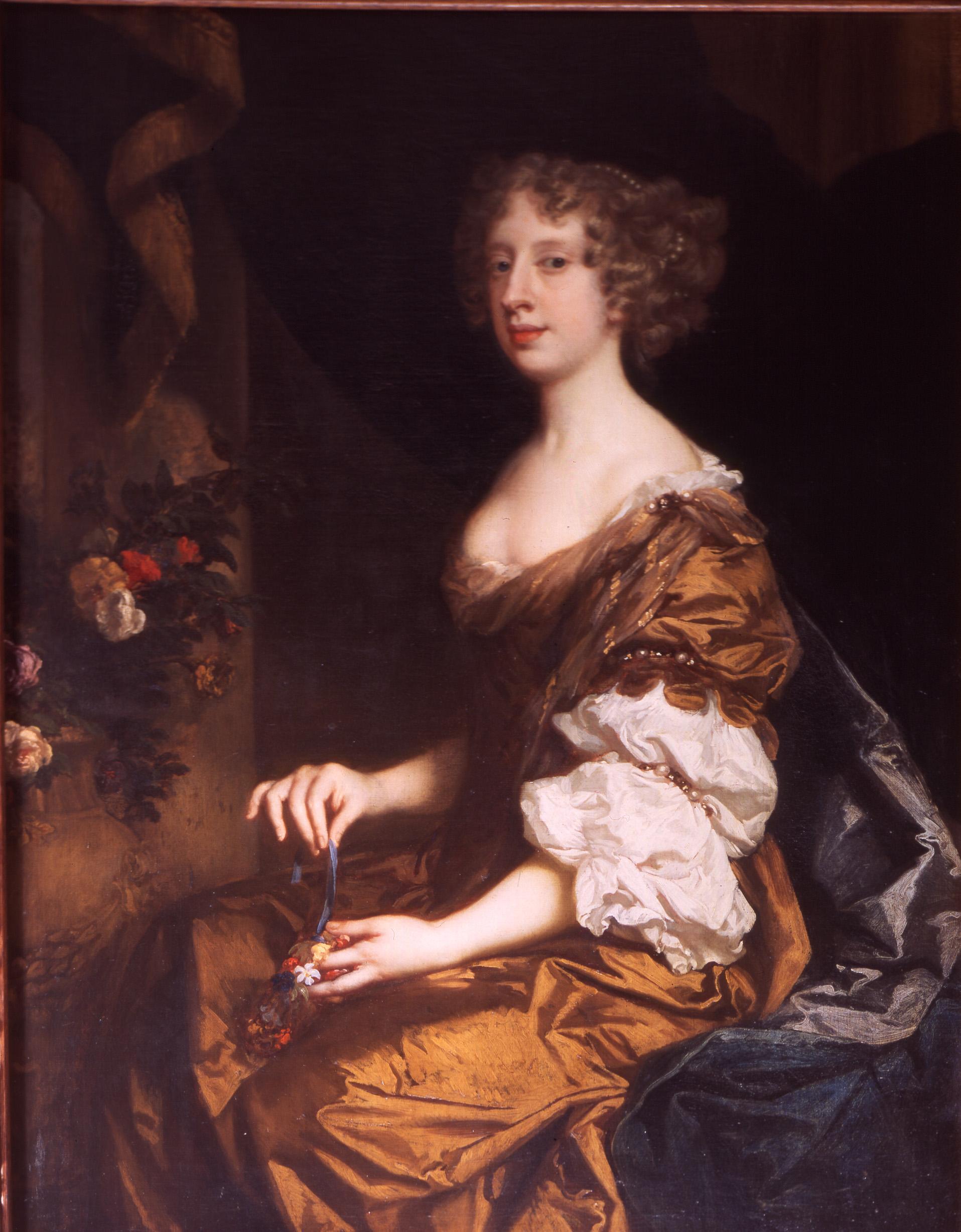 During the late 17th century the reign of John the 5th Earl and his Countess, Anne transformed and embellished Burghley House beyond recognition. The Earl’s exceptional taste was greatly aided by marrying a considerable heiress, Anne Cavendish, daughter of the 3rd Earl of Devonshire. The couple shared a passion for beautiful things and a lust for travel. They were among the first ‘Grand Tourists’ and travelled to the great cultural centres of Europe on four separate occasions collecting important paintings (over 300) tapestries, sculptures and objects of virtue. These found their way back to Burghley House along with artists and decorators from the Continent such as the Parisian, Jean Tijou who created the Golden Gates we see today, and painters such as the Italian, Antonio Verrio, who was responsible for most of the magnificent painted ceilings in the house during a period of ten years (1686-1697). The refurbishment and alteration of Burghley was carried out almost on a royal scale and expenditure was enormous. Both the Earl and Countess died with over 38,000 of unsettled debts and this impoverished the estate for the next thirty years. Fortunately, the large part of the collections still survive at Burghley and can be seen by visitors as a unique example of the tastes of a 17th century nobleman and his Countess.

Brownlow, 9th Earl inherited from his father in 1754, an estate that was solvent and prosperous. He was also an enthusiastic collector and patron and undertook to refashion the first floor principal State Rooms, known as The George Rooms, which had remained in an unfinished state for over fifty years. Although the Earl was a modern man and adopted the Neo-classical style of decoration which appeared in England in the 1760’s, he firmly retained the decorative painting, baroque ceilings and carved cornices and embellishments from the 5th Earl’s time and married them to details derived from the great folios of measured drawings of classical ruins such as Palmyra which were published from 1753 onwards. He too, spent long periods in Italy, travelling as far south as Naples possibly tempted by reports of the finds at Pompeii which had been “discovered” in 1748. It was here that he patronized Angelica Kauffmann who painted his splendid portrait in 1764 with a glimpse of Vesuvius smouldering in the background. Outside, he employed Lancelot “Capability” Brown as architect and landscape gardener. He allowed Brown little freedom within the house, keeping rigid control over any alterations that might affect the interior, but he allowed him to sweep away the formal gardens and create the park as it is today.

The 10th Earl of Exeter inherited from his uncle who died childless. Henry himself married three times, his first marriage being unsuccessful and his second being quite scandalous. While living under an assumed name to escape his creditors, he stayed in a village in Shropshire where he lodged with a local dairy herdsman and fell in love with his daughter Sarah Hoggins, known as the ‘Cottage Countess’ They were married in 1791 and returned to Burghley where his wife struggled to run a huge household and to be accepted in society, however, theirs was a touching relationship and surviving letters record their love for one another. Their union was the inspiration for a poem by Alfred, Lord Tennyson ‘Lord of Burghley’ and they are depicted in a painting together with their oldest daughter, Sophia, by Sir Thomas Lawrence. Henry was created 1st Marquess in 1801 and commemorated his elevation by the creation of the magnificent Bottle Lodge gates as the entrance to the Park on the Great North Road. Under Henry’s stewardship the State Rooms were further embellished including the completion of the George Rooms, thus freeing the existing suite of rooms on the ground floor for exclusive use by the family. 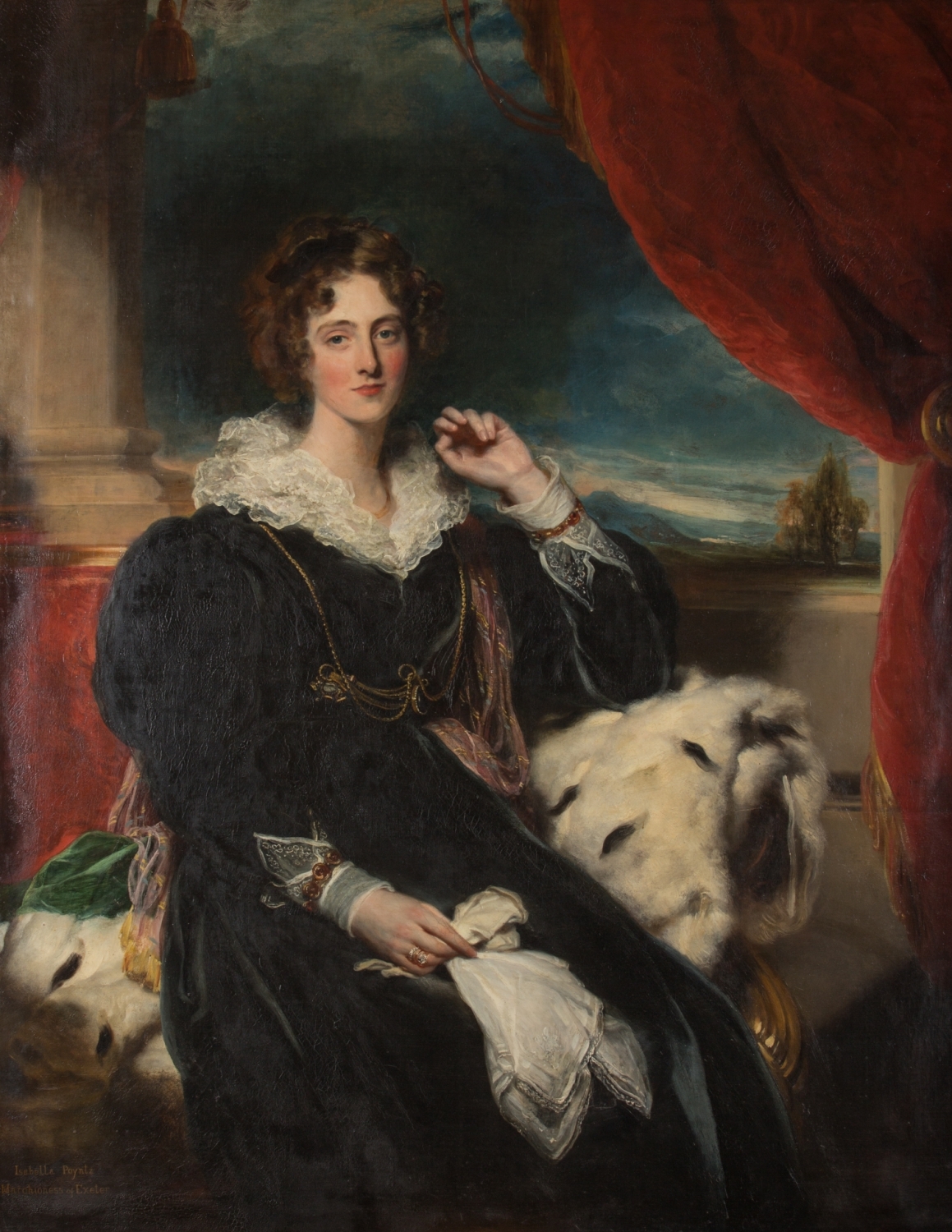 Son of Sarah, the beautiful ‘Cottage Countess’, Brownlow inherited the title from his father at the tender age of 9 attaining his majority in 1816 to much rejoicing in Stamford. Brownlow married Isabella Poyntz, a considerable heiress and a great beauty who bore him eleven children and was depicted in a great painting by Thomas Lawrence. Brownlow had political ambitions which did not result in great success but he and his wife were clearly popular in court circles and he gained the position of Groom of the Stole to Prince Albert, resigning because of his opposition to the repeal of the Corn Laws in 1846. He hosted three Royal visits to Burghley, the most significant being that of 1844 when Queen Victoria and Prince Albert came to Burghley for the occasion of the Baptism of their daughter Victoria in the family chapel. Prince Albert stood as sponsor for the infant and the occasion was marked by a great dinner attended by grandees including Sir Robert Peel and a ball for upwards of 500 people. The royal couple planted trees on the South Front of Burghley, Queen Victoria an oak which still thrives and Prince Albert a lime which sadly suffered during a storm in 2019 and was felled. Brownlow’s passion was for horse racing. He reinstated the Stamford racecourse built by the 5th Earl of Exeter, his horses enjoying considerable success, winning a multitude of trophies that are still in the collection at Burghley. He was responsible for engaging the architect J.P. Gandy in 1828 to create a new entrance to the house via the Chestnut Courtyard and add internal corridors to both the ground and first floor. Thus enabling movement around the house, particularly for servants, without passing through the principal reception rooms and giving the family more privacy. 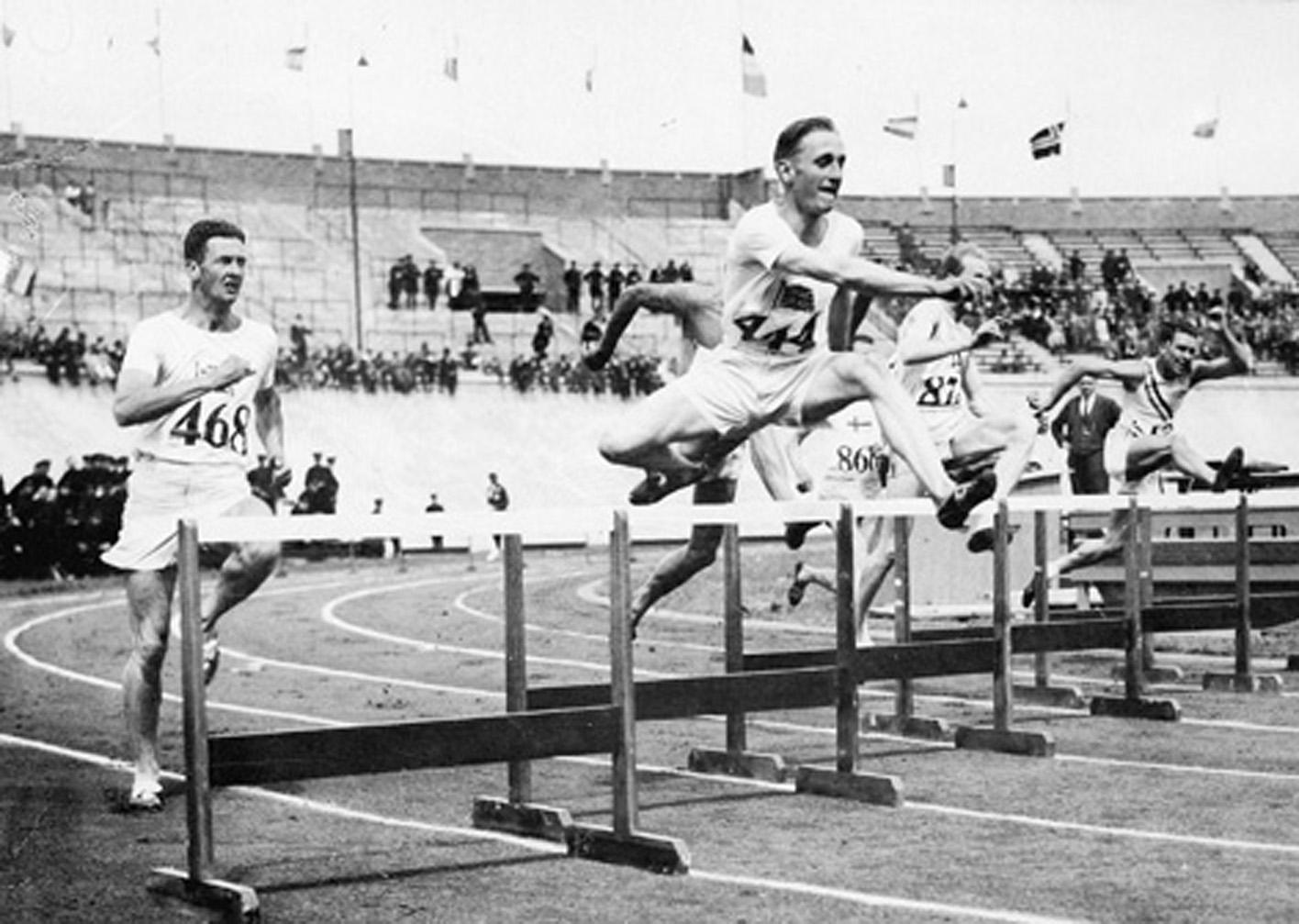 David Cecil,Lord Burghley, with running vest No 444 during the final of the Amsterdam Olympics in 1928.

As Lord Burghley, David Cecil achieved an international reputation as an outstanding athlete. Competing in the Olympics for Britain, he won a gold medal for the 440 yard hurdles in 1928 in Amsterdam and a silver in 1932 in Los Angeles. He was British Olympic Captain for the 1932 and 1936 Olympic games and during his sporting career held many titles, achieving a world record in 1927. He was known as one of the golden athletes of his generation and was immortalised in the film Chariots of Fire portrayed by Nigel Havers. His enthusiasm for promoting amateur sport after the war was expressed in his work as President of the Amateur Athletics Association and member of the International Olympic Committee. He was responsible for staging the 1948 Olympic Games in London which were a huge success under difficult conditions. David Exeter succeeded to the title in 1956 and took on a huge programme of maintenance of Burghley House which was in need of considerable attention and modernisation - including the introduction of electricity. Also an exceptionally keen rider to hounds, during his tenure, equestrian life at Burghley was more important than ever and for a time he hunted his own private pack. In 1961 he took on the hosting of the three day-event – The Burghley Horse Trials which still flourishes today. Upon the death of the 6th Marquess in 1981, direct ownership of the house, works of art and the wider Estate passed to the Burghley House Preservation Trust, a charitable trust which is dedicated to the maintenance of the house, environs and its contents for the enjoyment of future generations. It was his wish that a member of the family continues to live in the house and work for the Trust as House Director. After his death, his daughter Lady Victoria and Mr Simon Leatham and their family moved into the House and took over the running of Burghley for the Trust. Since 2007 this role has been filled by his granddaughter, Mrs Miranda Rock. 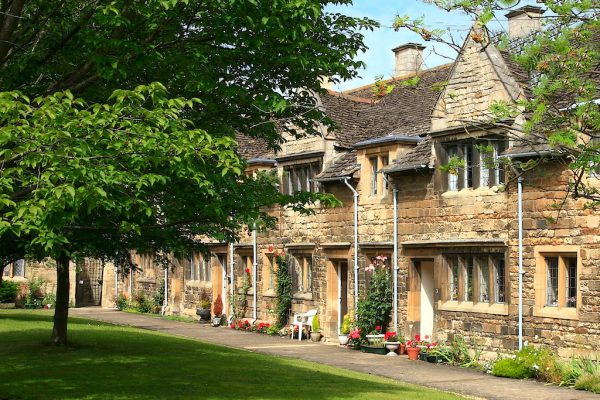 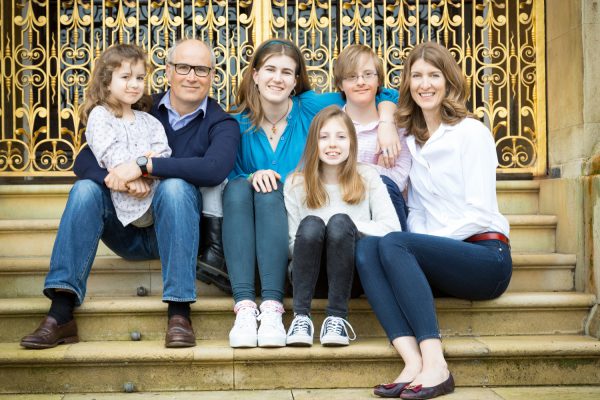